Never Ask A Question If You Do Not Know The Answer... 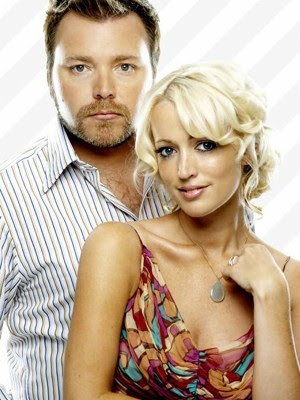 They teach you this very simple philosophy of advocacy in law school. It seems that they should also teach it to you in media and communications studies programs as well!

There are always exceptions to every rule. There are sometimes as an advocate when in the pursuit of truth you take an educated and calculated risk in asking certain questions. However, for most advocates this would be a lot less frequent than asking questions to which you know the answer to.

A perfect example of this occurred on the Kyle and Jackie O's Lie Detector segment on 2Day FM radio. A mother dragged her 14-year-old daughter onto the show,and Kyle and Jackie O being the ratings hogs that they are decided that this would be a real ratings boost for them. The mother seemingly wanted to shame her daughter into confessing on public radio during a peak hour morning segment to her drug and sexual history.

As a parent, I am not into naming and shaming. It does much more harm than good to a child. That is my personal view and I am sure if there are any readers out there interested in this issue you will undoubtedly be able to find statistics that suggest naming and shaming works.

The girl had told her mother that she had been raped and the mother has not believed her. So, in her infinite parenting wisdom she has decided that taking a lie detector test on a public radio station would clear this whole sordid episode up once and for all.

The girl is 14-years-old! What was the mother thinking? And, more to the point, what were Kyle and Jackie O thinking when they decided to go ahead with this? Discussing a 14-year-old's sex life and drug use on a public radio program appears to me to be in blatant disregard for the rights of the child and the welfare of that child. If Kyle and Jackie O intend hiding behind the fact that the mother gave her approval and the mother is the guardian of the child and has the right to do so, is naive and disingenuous.

It is not rocket science to see that the potential harm here far outweighs any good that might come from the segment. Not everything in life is about ratings and popularity.

The girl clearly did not want to be there and can be heard saying before the questioning starts, "I'm scared ... it's not fair." This should have been a red light to stop the segment then and there. Unfortunately, no one present bar the girl seemed likely to stop.

Then the questioning begins.

The first question was pretty harmless about whether or not the girl had skipped school. Then the questions got to the nitty gritty of why the segment was on in the first place.

The mother asks the daughter, "Have you ever had sex?"

The daughter replies, "I've already told you the story about this ... and don't look at me and smile because it's not funny." At this point, anyone worth their salt would have cut to an advertisement and posed some quick questions to the mother about the story and what was going on here. I guess for some people ratings are more important than the rights and mental health of a child.

After a brief moment the girl then said, "Oh, OK ... I got raped when I was 12-years-old!" If the lead in of the previous question was not enough to shut the segment down, then this statement should have been.

However, after a brief pause, Kyle (Kyle Sandilands) asks, "Right ... is that the only experience you've had?" What an idiot!!! This bloke needs to get slapped around a little bit by regulators, by his station masters, and by the general public. The statement is outrageous!

Then the girls mother jumps in and says she only found out about the rape a couple of months ago. What? Has she reported it? Has she looked at getting her daughter some counselling to try and work through the trauma of being raped as a child? There are some serious issues here all around that need to be addressed relating to the welfare of this particular child.

This will not work as a matter of fact, that's what I consider.