Can Rape Be A Joke? 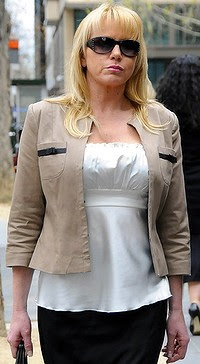 The rape is alleged to have occurred in 2007. Perhaps alleged is the wrong word as the event occurred and all parties agree that it occurred. The substance of this issue is whether the event is rape.

Naggs has pleaded not guilty to rape.

There is little need to get into the nitty gritty details and specifics. However, suffice to say, the alleged rape caused physical injuries to the best man. And, at this point there was some push and shove, and a demand for a refund of the stripping fee. Naggs refused and then threatened to call in some bikie acquaintances to settle the matter.

Rape can never be a joke!

This post has been amended slightly from the original posting for the purposes of accuracy with regards to the names of victim and the prosecutor in the case.
Posted by Rob Baiton at 13:23

anything i say will be funny and since this isn't a joke, i'd rather not say anything.

how did people get themselves into this stupid situation and then let the court and the taxpayers to pay the bill is what i don't really get. there should be a law against stupid people everywhere...

How the hell did the rape happen in the first place? The victim is a man, and the rapist...umm...is a girl wearing a strap on. If the guy said NO and didn't want to be violated I guess he could just push the girl away, no? Is there talk about other guys hold him down during the rape?

I'd say it's not very fair to blame it on the stripper alone. I think the bestman friends are more likely the culprit for "letting" such event happened.

It is bizarre in the sense that the Writer points out in her comment. That is the question, isn't it? How did these people get themselves into this position that a stripper was strapping one on and bunging it in.

A law against stupid people would not work. Besides, how boring would the world be without a constant parade of WTF moments?

I thought about this as well. I am sure that it will come out in the trial. I pass no judgments or assumptions at this stage on the manner in which it happened. My point was rather rape is not a joke.

Perhaps he could have pushed her away. Perhaps he tried. Maybe he is a little fella of 5'4" and 40kgs. These things I do not yet know.

What was clear was that all the parties to the matter agreed that the strap-on was indeed strapped on and found its mark.

What follows is a serious question.

Are you suggesting that, generally, men cannot be raped by women because men are physically stronger?

I guess it's some sort of belief that men are generally stronger than women (unless the women are muscular and/or practising martial arts, for example).

Apart from this case (in which the intention of the rape was clear (as a joke in a party!), I find it hard to belief that women would just jump on men and rape them unlike the other way around.

You don't hear those kind cases, do you? Perhaps it's because

1. Men are generally stronger, hence they could just push a woman away

So, there you go. I just find it's unbelievable if there's such cases

I do, and I did, see your point. It was not really about stereotyping though. I would think that just because we do not see the statistics that it can be assumed that it does not happen, and perhaps more frequently than we know.

I am also not saying that it is prevalent and happens all the time.

If I was to make an assumption, then it would be that female rape of men would be even more under-reported than that of men raping women.

My final point would be this; hard to believe does not mean it cannot happen, does it?

I am rather more interested in what her defence might be. Might she claim consent or duress? or even provocation? entrapment. I guess we have to wait for the 'gorey' details.

Also, I would guess understanding criminology of rape of females would be of some assistance in this case, even though at first glance one might not think so.

Generally, I prefer my anonymous commenters to adopt a pen name. This is only so I can distinguish one from the other.

The gory details will certainly help in terms of evaluating the merits of the case.

Duress, maybe? But this would assume that she was being forced by others under threat, doesn't it? In this case, well at least as far as I understand it, Naggs is the only one on trial.

Maybe the criminology would help.

Rob,
I read the media report on this case today. I'm sure that it hasn't got to this stage as a joke. You are correct, rape is extremely serious!! and I'm sure the definition of rape doesn't discriminate by gender. It is very easy to stereotype and assume that a male cannot be a victim to this crime. We must trust that the law will in fact deliver the correct outcome no matter how bizarre it may seem.
Otherwise it's just a pain in the arse!!

Sorry for the flippant ending just couldn't resist. Trust me I'm serious about this just can't get over the toilet humor opportunity.

I think that the woman is either physically stronger, or someone helped her hold the man.
But there is also possibility that the man is so stoned or drunk.
So, this is just like any other rape case, definitely not a joke.

Mate, it does. the circumstances of the offense, lend itself to the pain in the arse jokes.

I guess this is something that is to come out in the testimony of the victim / perpetrator and the witnesses (if any) to the alleged rape.

Buck's nights are generally big-drinking affairs, although not always, but being drunk or stoned is not an excuse or a reason on either side of the equation in this one.

Interesting.. Am I detecting an undercurrent of "She..oops Sorry He must have been asking for it" I thought that defence had been reduced to the bins of history.

One things for sure, he would want to be looking for new mates..

Interesting.. Am I detecting an undercurrent of "She..oops Sorry He must have been asking for it" I thought that defence had been reduced to the bins of history.

One things for sure, he would want to be looking for new mates..

I guess that because it is not the usual he rapes her scenario that some people have difficulty in dealing with a her raping him scenario.

It has been consigned to the bins of history. Although perhaps not in the court of public opinion.

Yeah, I wonder what his mates were up to while this was all going on. If they were around then they certainly were not lending a helping hand. More to the point, and I think this is what some of the comments are alluding to, is whether or not the "mates" were egging the stripper on?

If there are no more news reports, then I will see if I can find out more about the case through other channels.