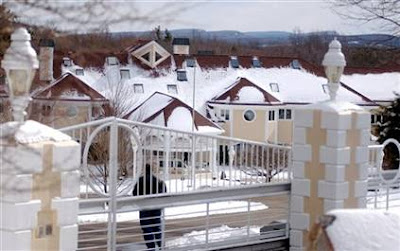 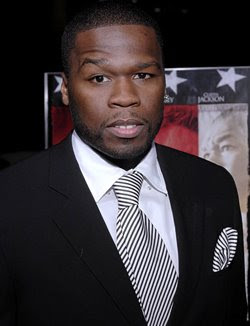 It seems that 50 Cent wants to downsize from his current crib, a rather imposing 19 bedroom and 37 bathroom place, to something a little smaller. In fact the rapper is so keen to sell that he has dropped the initial asking price from USD 14.5 million to just USD 10.9 million. Unfortunately, for 5o this means that he is probably only going to break even. He bought the place for USD 4.1 million and has made somewhere in the vicinity of USD 6 million in renovations.

50's humble abode can be found in the suburb of Farmington in Hartford, Connecticut. Another selling point aside from the fact that each bedroom has almost two bathrooms is that the place was once owned by Mike Tyson. And, there is also a gym, a billiards (I prefer pool myself) room, racquet ball courts, and a disco room with stripper poles. Now, every home should have a disco with stripper poles. There is also a helipad.