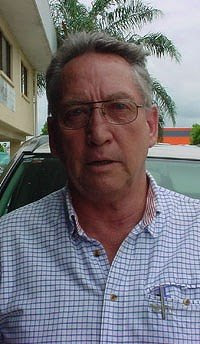 I have written about this particular case a couple of times before, here and here. The case of Chris Illingworth and the baby swinging video posted on Liveleak after watching it and downloading it from YouTube. This is an interesting case as it has the potential to set a precedent as to what constitutes child abuse material under Australian law.

The case, which was subject to a recent committal hearing in the Maroochydoore's Magistrates Court in Queensland, has now been ordered to go to trial. A date for that trial has yet to be set.

There are a number of concerns in this case. First, is that there is no evidence to suggest that the child in the video clip that was posted, was in fact harmed. There is evidence of a speculative nature that the child may have been hurt. This evidence is speculative because the person giving it has not physically examined the child in question. She, Dr. Susan Cadzow, is basing that testimony on nothing more than having watched the video with respect to this case.

Second, whether the intent of the parliament when they passed this particular law was for this purpose. There is no doubt that the legislation is designed to protect children from violence and harm. There is no direct evidence that this child has been harmed. Furthermore, it is thought that the man and the child in the video are part of a circus troupe, and possibly operating somewhere in Eastern Europe. Police have yet to locate either the man or the child.

It seems that when this finally does go to trial that Illingworth and his lawyers are going to argue that this is not child abuse. At best this is a training video for circus performers. A novel argument and one that seemingly has some legs.

The moral of this story is that Australians need to be careful what they watch, let alone what they post, while online. The cold hared reality is that if the police continue to interpret the law in the manner this case suggest that they are, then even watching this type of video online means that the viewer is liable for a term of imprisonment of ten years.

I guess I am not going to be talking about whether I have watched this particular video anytime soon.
Posted by Rob Baiton at 20:52

It can't succeed in fact, that is what I think.