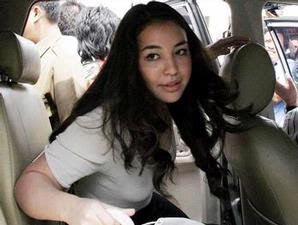 The Manohara (photo) saga continues. For more on this case as written by yours truly, look here.

If the issues in this case, specifically the allegations of rape and abuse, were not so serious then this case would almost be fun to watch. Manohara and her mother, Daisy Fajarina, have been vocal in making claims against just about everyone who they feel have slighted them in some way in this whole affair. The Indonesian Embassy in Kuala Lumpur was no exception.

Mano, as she is now know affectionately, and her mother, have suggested that the Indonesia Embassy deliberately thwarted any attempts to deal with the matter and in fact was pro-active in keeping Mano in Malaysia because they had been bribed by the Kelantan Royal family.

This piece is not about whether the claims are true or false per se, but rather about the legal implications of making them. And, then failing to produce any evidence in support of those claims. It would not be a first for an Indonesian Embassy and the officials that work within to be accused of corruption and to have that proved. However, in the cases where the allegations were made, subsequent evidence was furnished in order to establish guilt, and then convictions were obtained.

The Indonesian Embassy in Malaysia has laid out in chronological order all of the efforts that they undertook with respect to the Mano case. Could they have done more? Perhaps. However, the claim was that they did not do enough. Therefore, this raises the important question of, "legally how much does an Embassy have to in order to protect its citizens who get into trouble abroad, either legal or personal?"

The Indonesian Embassy in Kuala Lumpur has also indicated that it is intending to sue Mano and her mother if the pair of them cannot come up with evidence to prove their claims. It would be interesting to see how the presidential candidates respond to the Indonesian Embassy threatening a victim of alleged domestic violence in this way. Interesting in the sense of whether they jump on board like they did in the Prita Mulyasari defamation case or just try and avoid it like the plague.

Although, the incumbent president has had a say on the matter here (in Indonesian). Nevertheless, it was pretty much run of the mill stuff. Generally, "this is a serious matter"; "better that Manohara talks to the Minister of Foreign Affairs"; and, "I have instructed the ambassador in Malaysia to watch the developments in this case closely."

Kompas has a detailed account of the chronology of events here (in Indonesian).

My personal opinion is that the burden of proof lies with those making the allegations. In this case the burden of proof in terms of proving the two primary allegations, namely: the Embassy did not do enough and that it accepted bribes, lies with Mano and her mother. If they fail to do so, and if one truly believes in the idea that all are equal in the eyes of the law, then Mano and her mother must be subject to the prevailing laws and regulations governing their conduct.

Despite the threats, the Indonesian Embassy in Kuala Lumpur has expressed their desire to facilitate any action that Mano and her mother want to take in Malaysia.

A simple defense is truth. Hopefully, Mano and her mother have truth on their side and can prove it.
Posted by Rob Baiton at 10:45