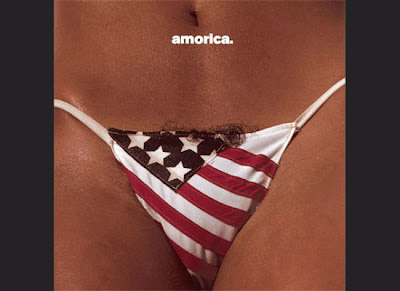 Some things just tend to slip your mind, and for me the recent passing of the US Independence Day was one of them. It is a good thing that I am Australian, so I should not be punished too much for my indiscretion.

Anyways, thinking about the flag and apple pie and all that stuff, got me to thinking that I should post this picture from the album cover of Amorica by the Black Crowes. The album was released in 1994 and garnered a little controversy as a consequence of the cover art. I am guessing that the pubic hair was probably a little too confronting for some.