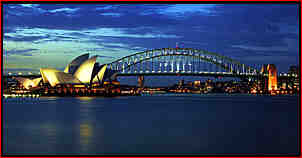 I have always thought the term was "10-quidder". My old man was a 10-quidder. What his motivations or reasons might have been in deciding to pack it all up in his homeland and head to the land downunder are irrelevant, but the rest, as they say, is history.

The original scheme was one adopted as a means of "encouraging" migrants from the United Kingdom to take a punt on heading to Australia in the period after the Second World War. And, the scheme ran through until the 1960s when my old fella made the fateful decision. A decision, I am sure, that he does not regret.

Ten quid at this point in time is the equivalent of about AUD 21. To qualify a person wanting to purchase a ticket must have a valid working visa in order to be able to work in Australia, and be willing to fly Qantas. The idea is that this is a way of boosting tourism to, and then within, Australia. I am not so sure that it will considering there are only 150 of these 10-quid tickets available on a first in, first served basis.

The tickers will be sold from STA Travel centers throughout the UK from 5 August 2009. However, seeing there are only 150 tickets available, they are not expected to last long. The expectation is the tickets will only last a few hours before being sold out. I am guessing that with some 35,000 Poms expected to gain working holiday visas that 150 tickets might only last a matter of minutes.

There are some additional conditions besides the visa one. Particularly, travel can only occur between 15 August 2009 through 30 September 2009 and 1 November through 30 November 2009. And, travelers can fly into Sydney, Melbourne, Perth, Adelaide, and Brisbane.

Those that miss out on the 10-quid tickets will get the next best Qantas special which is STG 679 of the equivalent of about AUD 1,400.

For anyone reading this in the UK and who has a valid working holiday visa and is yet to get a ticket to travel, then this might be the perfect opportunity to camp out and get a super cheap flight on Qantas to the land downunder and get your working holiday underway.

For anyone interested in learning more, there is a website, see www.statravel.co.uk/10poundpom.
Posted by Rob Baiton at 18:47

Must be the election ;)