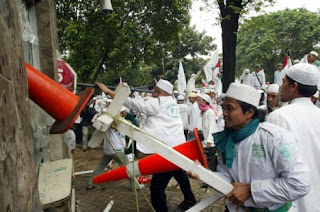 This is the Islamic Defenders' Front in action (as opposed to inaction). The photo is a 'file photo' that I found floating around on The Jakarta Globe website. The photo is of the FPI demonstrating in front of the US Embassy.

I have always been one for supporting the right to protest. I am also very much for non-violent protest, and this includes acts of civil disobedience. In that respect, I much admire the determination of men like Gandhi and Martin Luther King Jr, both of whom paid the ultimate price in the pursuit of their ideals.

I guess the point of this very short post is to say something about tolerance and respect. If "we" as people are going to move forward to a more peaceful, harmonious and prosperous existence then we are going to have to become more tolerant and respectful of out differences. Quite simply, violent protest that results in the destruction of people and property is not going to advance our causes and out beliefs over the long term.

Perhaps it is time for others to take the lead? Perhaps those others are those that are committed to peaceful co-existence based on mutual tolerance and mutual respect.

Always the eternal optimist, but you just never know...maybe one day the world will become the place that I desire it to be (at least in the little part of it that I inhabit). I guess when it is all said and done, it is about being the change that you want to see in the world.
Posted by Rob Baiton at 20:40 2 comments:

The most recent survey results (Household Travel Survey 2008 / 2009) on travel times for workers in Sydney highlights that on average Sydney workers spend about 32 minutes on the train in order to get from their homes to their offices. Meanwhile, those taking the bus get there a little quicker with the average being 23 minutes.

Nah, too bad they did not survey me. It takes me, on average, 2.5 hours to get from my house to campus (on the days that I go to campus. I am sure I might have skewed the survey a little bit. The reality is that it would be so much quicker to drive, but also so much more expensive. As a student, I can travel on a concession fare and this means I pay about AUD 28.50 for a weekly ticket (My Multi 3). The beauty of a weekly ticket is that it allows me to travel on all trains, buses and ferries. So, I pretty much can get to wherever I want.

The other parts of the survey dealt with safety, comfort, and service frequency satisfaction. The results here were  probably as expected, but nothing to write home about. On the comfort front, only 62% of respondents responded positively. The figure for service frequency was an improving 77%, which seems pretty good considering the last couple of times I have caught the train it has been late.

The survey was encouraging in that it shows a decline in the number of people driving to work. This has to be encouraging because it should mean that there are less cars on the road and consequently less traffic. This in turn should translate to less pollution and presumably a smaller carbon footprint?

I have been a public transport person from the day I returned to the land downunder. I do not own a car so public transport is the best option, and most cost efficient, available. I am wondering though whether this can continue when I am posted / placed way out west in NSW as a high school teacher? Maybe I will live close enough to work that I can walk!
Posted by Rob Baiton at 19:58 No comments: 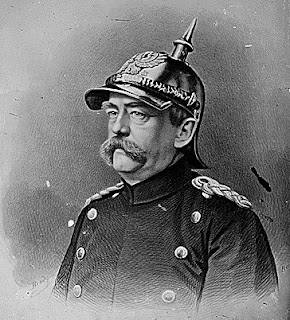 Laws are like sausages, it is better not to see them being made. 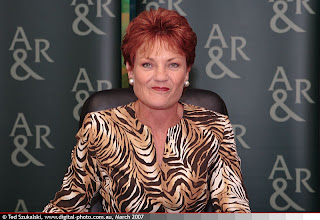 Pauline Hanson must be having a moment where she feels she needs to get back into the spotlight seeing her last foray was something to do with not selling her house to a Muslim, and Woman's Day has decided that they would oblige. The only other newsworthy piece of gossip about Ms Hanson is that she has pledged her support to Tony Abbott over Julia Gillard. Now there is an endorsement that Mr Abbott must be looking forward to exploiting in the coming election campaign.

Of the myriad of issues that Ms. Hanson could have chosen to vent on, she has decided that it is time that prisoner transfer agreements (PTA) received her passing attention. Her particular target in this case seems to be none other than one of Australia's most well-known incarcerated citizens, Ms. Schapelle Corby.

The Hanson view is a simple one. If you are convicted of committing a crime overseas then you should do the time for that crime overseas. The logic being, why should Australian taxpayers foot the bill for your foreign crime sprees? Judging by the comments left in the Daily Telegraph there are quite a few people that agree with her.

Perhaps more interesting is that the Hanson view has been aired in none other than the Woman's Day. It was not all that long ago that this publication was publishing nothing but pro-Corby related articles. I wonder what happened on that front. Perhaps they are just airing an alternate view that is designed to drive more support to  Ms. Corby and her push for freedom. Then again...

After the recent rush on Corby related news in the press there has not been much printed in the immediate past. There has been no news of her state of mind, the state of her clemency bid, or her desire to have a child (in jail if she must). Maybe the old adage is true...no news is good news!
Posted by Rob Baiton at 19:45 3 comments: 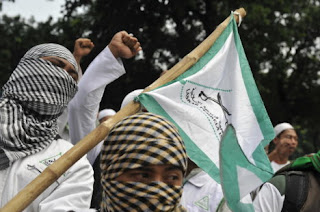 The Islamic Defenders' Front or Front Pembela Islam (FPI) has been out and about in the Eastern Javanese town of Banyuwangi doing its thing. That thing, as usual, is making a mockery of Islam and of Indonesia in a more general sense. This is sad because Indonesia is a wonderful place with wonderful people. But, like anything else it is the old cliche that tends to ring true: one bad apple will always spoil the box.

It seems that Commission IX on Health matters was holding a meeting in Banyuwangi as a means of 'socialising' the free health care components of current government policy to those living in the area. This led the FPI to claim that this was nothing more than a clandestine and covert attempt to resurrect the Indonesian Communist Party (Partai Komunis Indonesia / PKI). And, consequently, this was a meeting that needed to be stopped at any cost. There is nothing quite like the opportunity to make a little bit of cash on the side, get a free meal, and be part of some gratuitous violence in order to get the rent a thugs out and wearing some white robes and t-shirts and other pieces of clothing to obscure their faces. I wonder how many Indonesians really believe that Communism is making a comeback in Indonesia when they consider great bastions of Communism such as China have already adopted a more capitalistic economic model?

Nevertheless, the bigger issue here is that the meeting participants bowed to the FPI thug tactics and disbanded the meeting. This is sad. It is sad because the people that are most likely to suffer from the fallout of these events of thuggery in the name of religion or national pride are the 'little people'. These are the people that cannot afford to miss out.

The FPI in its current form is not only giving Islam a bad name but it is giving Indonesia a bad name as well.

For a government that has proven skilled at spinning just about any news piece to make the president look like he is on top of things should have no trouble in spinning a crack down on the FPI as something that is overdue and necessary and not something that is construed as being anti-Islam.

Then again, maybe not.

To anyone who notices...the template might change a little bit over the coming weeks. There are two reasons for this, I am on holidays and I am bored. So, I have more time to play around with really important things that have been neglected over the past semester, like my blog.
Then again, maybe not.
Posted by Rob Baiton at 12:41 2 comments: 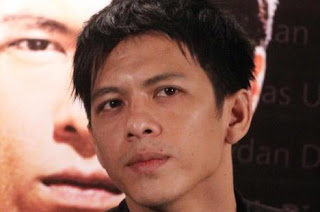 I think Desi Anwar says it best in her opinion piece on the matter when she talks about moral censure, peeping toms and playing god. It is worth a read and you can find it here.

The realities here are that it is against the law, people know it is against the law, and they must certainly know that if they get caught then there is a pretty good chance that the relevant law enforcement agencies will go the whole nine yards to get a conviction. This seems particularly so if you happen to be a celebrity. Ariel, Luna Maya, and Cut Tari are going to find this out in the most public of ways. One arrest has been made and another two seem imminent. The Porn Law and the Criminal Code are destined to get a work out on this one.

It really is sad that this is being played out in the way that it is. There are just so many more important things that politicians could be doing rather than legislating morality. There is in a similar vein so many more important things that the police and other law enforcement agencies could be dealing with rather than a couple of starlets getting the once over by a singer who seems to be afflicted with a little bit of the "Don Juanism" condition.

However, it must be noted that none of this is surprising on any front. All of us who are either Indonesian or who have long associations with the place understand that Indonesians have an insatiable appetite for gossip, particularly celebrity gossip. Indonesian TV is testament to that. We also know that the politicians and law enforcement people often look for any good gossip in order to deflect attention from real issues that need real work and real responses to see them resolved.

Yes, the reality here is that you have a couple of sex videos, pretty tame by most accounts, and nothing to write home about. Yet, it is news that has diverted the attention of a nation, and seen the story picked up by the international press. On the importance scale, the size of Ariel's penis, his sexual prowess, or the preferred methods associated with any climax activity, ranks, at least in my opinion, a very distant last on a long line of really important issues such as the systematic attempts to dissolve the KPK from its current form, the failure of parliament to speed up the legislative process, or myriad of other issues. Then again, I am sure that it will not be too long before we are hearing that Ariel's escapades have directly contributed to an earthquake or a tsunami or some other natural disaster that befalls the innocent in Indonesia. Sad!

As a matter of priority, it is time that people thought about the things that are really important and worked towards resolutions on those fronts.

Then again, good gossip and a sex video is something that most people just need to talk about!
Posted by Rob Baiton at 12:27 2 comments: