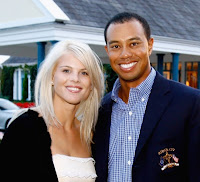 Tiger Woods is getting out of his marriage cheaply. Earlier reports that Elin Nordegren was set to agree to a USD 750 million divorce deal have apparently been far-fetched, or too good to be true for Ms. Nordegren, as it is now being reported that she is going to settle for USD 100 million.

Now, truth be told, this is still better than a poke in the eye with a burnt stick. However, it is no where near half of what the golfer is worth! 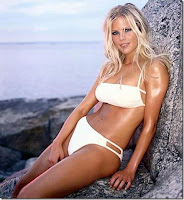 Although, it would seem that the quoted USD 100 million is the low end of the spectrum because it does not include any child support payments. I would be guessing that over the years, child support payments are going to see Tiger Woods parting with a considerable chunk of his fortune. Nevertheless, one must assume that married or not, he would presumably parted with that anyways. I would also imagine that there are plenty of blokes out there in the real world thinking, "Tiger, WTF were you thinking?". Truth be told, my personal opinion is that, she deserves more, much more.

Hopefully, once the divorce is finalised everyone involved in this episode can move on.
Posted by Rob Baiton at 22:48