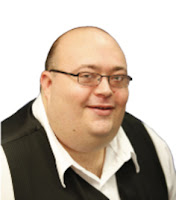 This is a lesson on how to get yourself disendorsed in a heartbeat as a candidate in a federal election.

David Barker was the Liberal Party's candidate for the seat of Chifley. Chifley is a safe Labor seat at the moment. As a matter of fact, it is so safe that it has not been held by anyone but Labor since it was created in 1969. It has been held by the current member, Roger Price, since 1984. So, it was unlikely to change hands at this election anyways.

Nevertheless, this was no deterrent to Barker who considered himself a pretty good shot at winning the seat. After all, his opposition from the Labor Party in this election is a Muslim, Ed Husic (as an aside I heard on the Channel 7 or 9 news this evening in relation to this story that Husic was a non-practising Muslim, whatever that means), and Barker firmly believed that Australians and especially those in the electorate of Chifley would not vote in a Muslim.

Barker, like any other Australian, is entitled to his opinion. He is entitled to this opinion even if it is wrong, misguided, and perhaps even offensive to some. However, in the context of the election, these are extreme views and posting them publicly in Facebook backed the Liberal Party, who had endorsed him as their man in Chifley, into a corner. The Liberal Party could not, and cannot. afford to be directly associated with such extreme views. Yet, it might be argued that the Liberal Party's hard line approach on policy on asylum seekers and migrants might suggest that they trying to capitalise on the idea that there are elements within the Australian community that feel threatened by migrants and outsiders.

I read during the week that Pauline Hanson might be interested in rejoining the Liberal Party if Tony Abbott, the current Liberal Leader, was to extend her an invitation. My guess is that she should not hold her breath waiting for that invitation. Yet, it is worth remembering that Pauline Hanson was elected to Federal Parliament after tapping into community fears about multiculturalism and migration.

Barker was not satisfied with just going after his Muslim opposition, he saw the need to go after the current Prime Minister for being an atheist. According to Barker, Australians are not ready for Muslims in parliament and Australians have a real problem with their government being led by an atheist. Barker is clearly on a mission from God. It would seem that his God wants him to be the saviour of Australia and reset this fine nation back on the path to Christian righteousness.

My personal opinion, and it is anecdotal at best (I have not done the research, even if it is out there), is that Australia is not an inherently racist country. I believe that Barker's views are a minority in the community. I am not naive enough to argue that they do not exist. I would argue, and argue passionately, that Barker's views are minority views. The majority of Australians have embraced multiculturalism and the benefits that this has brought us as a nation. That same majority would also understand that multiculturalism has not always been smooth sailing and that as a nation there are still problems we face.

However, Australia in that regard is no different from any other nation on earth that has a rich history of accepting migrants. Let's face it, the vast majority of Australian citizens can trace their family history to an original migrant if they look hard enough.
Posted by Rob Baiton at 20:08

Talking about racism in Australia... many of my friends in Indonesia knew about White Australia Policy. Is that policy still applied until now?

The White Australia policy was ended back in the early 1970s.

In my view every person ought to look at it.