Now, here is a story that is worth a read, true or not. It should be remembered that this story is on the same site that brought the world the news that Shahrukh Khan was going to star in the first ever gay James Bond movie (includes a movie poster).

The story appears on "Faking News" (www.fakingnews.com) and relates to a legal suit filed by an unhappy Unilever customer. Unilever is the company that makes the "Axe" range of grooming products for men. Axe or, more specifically, the 'Axe Effect' has seemingly failed dismally in helping this young 26-year-old Indian from finding a girlfriend or even scoring a single solitary date.

The crux of the case rests on false and misleading advertising which has subsequently resulted in the plaintiff suffering mental anguish at his inability to score a date despite doing everything in the manner that the advertisements show. In essence, the plaintiff liberally applies the products and goes in search of a girl (seemingly any girl) but never manages to get what he is looking for.

I am still chuckling as I write this. I have watched the ads for Axe products and those relating to the Axe Effect. Now, I would be noting that in the ads the roles are always played by beautiful people. Perhaps this suggests that the axe effect will not work for everyone. For example, if you are so unattractive (for whatever reason) that women avoid you or resist your advances, then it is unlikely that any amount of axe is going to change their mind. 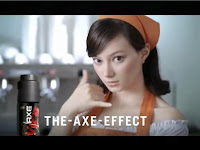 There are some great pictures on the internet associated with the "Axe Effect".

There are some truly creative people out there in the world. And it is this level of creativity that restores faith in the idea that we as human beings have great capacities to think outside the box. That might seem a little out of place in this post. However, think about it, if someone can come up with the idea to sue Unilever because they used a product for false and misleading advertising because he remains without a girlfriend after seven long years of almost religious use of the Axe product, then imagine if that creativity was put to more serious endeavours... 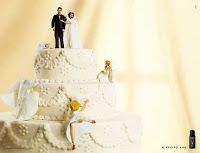 Still shaking my head at the thought of this possibly being real :)
Posted by Rob Baiton at 23:37