In contrast to the Indonesia Ulema Council (MUI) the Nahdlatul Ulama (NU) makes much better use of common sense when it comes to the relationships between mosque and state. The NU also makes considerably more sense all of the time in contrast to the Islam Defenders' Front (FPI).

It is coming up to that time of year where Muslims begin the fasting month of Ramadan. In essence, Muslims are required to abstain from food and other pleasures during the daylight hours. Generally, in Indonesia, Ramadan also includes restrictions on trading hours for entertainment venues. Some venues are required to close down for the month. Those that do not close down open for shorter periods, and if they serve alcohol then this is done in plastic cups or coffee mugs, anything but bottles. 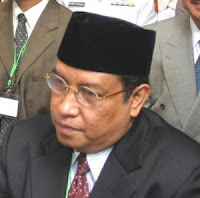 The Chairperson of the NU, Said Aqil Siradj, has instructed all members of the NU to 'cease and desist' in conducting raids and sweepings of places that open legitimately or who open in breach of the regulations / ordinances governing entertainment venues. Simply, he said something along the lines of, 'it is not out job to enforce the law. It is the job of law enforcement, if their enforcement is weak then we should encourage them to do better.'

Siradj then went onto encourage NU members to follow the lead of the Prophet who was focused on establishing a civilised state. And, the idea of sweepings and other raids on entertainment venues was tantamount to the NU taken matters into their own hands and creating a state within a state because they would be making their own rules.

I would add that he has a number of good points there. It is time that people let law enforcement do the job they are supposed to. It is also time that the people held law enforcement accountable when they failed to do the job that they are tasked to do. However, demanding accountability does not include vigilante justice and taking matters of law and order into your own hands.

Despite the plea of the NU to show restraint, it is almost certain that the FPI will be out at some point during the month conducting raids and sweepings of entertainment venues, and generally terrorising innocent citizens going about their lives.

On a side note, I have always wondered about the wisdom of shutting down entertainment venues. From an economic standpoint, those people who work in them are in effect unemployed for a month. It is not a common practice for these individuals to be drawing a wage when they are not working. The trickle down effects of this must be significant.

The other side note is a simple question, "why force entertainment venues to close during Ramadan?" Muslims know and understand the tenets of their religion. They know what the rules are with respect to Ramadan, particularly what they can and cannot do and when they can and cannot do it. Are entertainment venues closed because they are against Islamic law? Or are they closed because Muslims need a little extra help to avoid temptation? Or are they closed to satisfy some perceived ideal that this is what the community at large wants the government to do?

Anyways, hopefully the members of NU will take heed of the call and focus on the obligations they have with respect to themselves of the month of Ramadan and let law enforcement and God take care of the rest!

(I am serious with the last little bit about God taking care of the rest. If one truly does believe in an all-powerful God, then it would make sense for us not to pre-judge the deity and act in the deity's name against others. For if the deity knows best then they will certainly "take care" of those that please and displease him / her)
Posted by Rob Baiton at 21:04