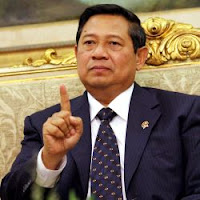 Susilo Bambang Yudhoyono, or SBY as he is known to the masses, came to the presidency in a wave of community euphoria that was premised on a belief that he was clean, and that he would make a concerted effort at cleaning up the endemic corruption that had plagued Indonesia under previous administrations.

That euphoria no longer exists as the cold, hard realities of governance has proven that words and actions are two very different animals, particularly actions are a lot harder to master than the words.

A recent report on the Wealth Reports of State Officials (LHKPN) has indicated that the president's party, Partai Demokrat (Democrat Party), has some 28% of its sitting parliamentary members who have failed to lodge their obligatory wealth reports by the required date. In explicit number terms, this is 42 of 148 members have not found the time to complete the wealth report and get it handed in. It is worth noting that the National Mandate Party (PAN) leads the way with a failure rate of 57%. The Democrat Party is closely followed by Golkar with a 26% wealth reporting failure rate. 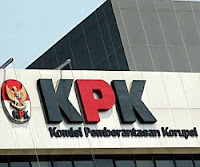 For example, when someone becomes a cabinet minister and when they retire (or are dismissed) from that position, or when someone becomes a parliamentarian and when they cease to be a parliamentarian. The reports, where there are large discrepancies, are then used to encourage the relevant officials to justify where that 'additional' wealth came from or where all their declared wealth has disappeared to.

The primary responsibility for compelling Democrat Party parliamentarians to complete the wealth reports lies with the Chair of the party, Anas Urbaningrum. However, it is clear that the Democratic Party is the party of the president, and therefore there is responsibility incumbent upon the president to ensure his political vehicle is always above board on matters such as good clean governance and corruption.

This is yet another test for the SBY legacy.
Posted by Rob Baiton at 13:55