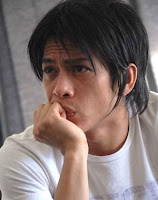 What is really disturbing is that much of the over the top stuff is being driven and flamed by the obvious pot stirrers such as the Islam Defenders' Front (FPI) and institutions such as the Child Protection Commission (KPAI). I do not know if I can say it enough times, all we have is a celebrity sex tape, two of them to be precise so far. That is it folks! 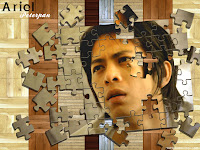 Now, the Chairman of the KPAI, Hadi Supeno, is of the firm opinion that Nazriel 'Ariel' Irham must apologise to all Indonesian children. This belief is based on an assertion that Peterpan has some 30 million fans and a great number of them are in their tweens. What is truly disturbing is the assertion that the sex tape has led to an increase kn reports of rape and sexual abuse involving children, both as perpetrators and as victims. The intent is clear because the above assertion is followed by a modifying statement that suggests this increase is post the release of the tapes.

To my knowledge, and I read widely and peruse Indonesian news 4 or 5 times a day, there have not been any rapes or sexual assaults where the claim was that the perpetrator was trying to copy the actions of Ariel. To make the link that there is some kind of direct correlation between the videos and increasing sexual assault reports is irresponsible in the extreme. Supeno seems more interested in acting in his own interests by making outrageous statements to get his name and mug in the papers and on TV than he does with the idea that the interests of the child should be paramount.

The idea of video taping yourself having sex is questionable in light of the fact that these things can get lost or stolen. The rest as hindsight shows us is history. There is no going back once the footage is out there. Should Ariel apologise for having sex? No. Should he apologise for video taping it? If he wants to. Should he apologise to the youth of Indonesia for the tape finding its way into the public forum? No. At most this should become a teaching moment where Ariel can talk directly to youth about the perils associated with his actions and how intent does not always matter in cases such as this one. 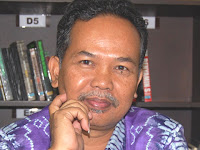 The FPI have a pretty solid track record of violence. They do not need to be spurred on to further violence. Nevertheless, claims such as those put forward by Supeno and the KPAI will only serve to embolden those look for any reason to wreak havoc on the innocent. Emboldened as they now are, the FPI in Bandung is demanding that the local government revoke Ariel's identity card. Every Indonesian is required to hold an identity card. Is the suggestion that making a sex video is sufficient to extinguish your rights as a citizen. It seems that revoking his Bandung ID is not enough, the FPI would like the local government to ban Ariel from ever returning to Bandung. Over the top? Just a little!

The kicker for me is that the FPI jumps up and down on the spot in between destroying public and private property in the name of Allah and Islam while simultaneously perpetrating violence against those who will not agree with them, and then say that Ariel has destroyed the moral fabric of Indonesia. There is something inherently wrong in the claim, the vast majority of Indonesians can see through the hypocrisy of that without blinking an eye.

Once again, I do not know if I can emphasize this enough, this is just a celebrity sex tape! The world is not ending, the sky is not falling in, and life will go on!

For those of you out there who think this is the end of the world as we know it, Get A Grip!
Posted by Rob Baiton at 13:01

Thanks for the offer. This blog is for my own amusement more than anything else. The most likely candidate for advertising on this blog of mine is an Amazon wish list of books that I would buy if I had any money ;)

I totally agree. It's an unfortunate that some people or organizations are misusing this situation.

They should focus on how to capture the person who started to distribute the videos.

Thanks for dropping by and commenting. Thanks for agreeing ;)

It is no longer about privacy. It is simply too late to close the barn door now that the horse has bolted.

However, the police investigation and the public vilification of Ariel, Luna, and Cut is misplaced. This is particularly true if they are indeed 'victims' of a theft that ensured that these private tapes that were never meant for publication were released.

If it is true that they have the disseminator / distributor then there needs to be moves to release all of the others from any charges, pending or otherwise, and get on with the show!

And thanks for the kind words!