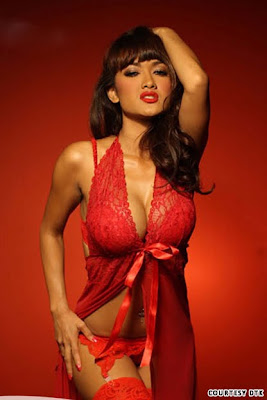 Julia Perez and CNN in the same sentence conjures up the images of another celebrity sex scandal. However, in this instance CNN Go have interviewed Julia Perez not about her reputation as a sex siren, but rather her politics and her work on issues such as sex education and safe sex.

Yet, it was the lead in that piques the interest in reading all the way through; she wants to be "just like Obama". The interview in and of itself does not tell me much about her that I did not already know. Nevertheless, it might be surprising to some as she comes across as reasonably articulate and knowledgeable on the issues that she seemingly cares about. I am yet to be convinced that she has what it takes to be just like Obama or even Evita Peron, but perhaps time will tell.

If nothing else, a post on Julia Perez or Jupe lets me post a picture of her to accompany the text that perhaps no one will read as they probably have not gone beyond the picture.

Hi Rob,
Hmmmmm ... what a photo, it must have been taken before Jupe was nominated. But she has a right to compete in the election.

Maybe it was, maybe it wasn't. But, in the big scheme of things related to this particular post, it is neither here nor there. A post on Ms. Perez is often just an excuse to post one of her photos ;)

Now, do I believe she will make a good politician? I am not sure she will, but I would be willing to give her the benefit of the doubt and let her have a chance. The reality is that she could not do any worse than what has already been "elected" in the past, could she?

And, you never know, she might just be able to pull together some consensus on some of the real issues that are affecting the lives of ordinary Indonesians and make a difference in their lives, a positive one.

Besides, there is no higher calling than serving the community through public office :D