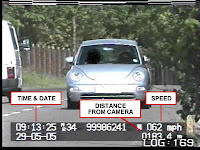 How stupid does the New South Wales government think the citizens of this fine state are? I have nothing against reducing the road toll, I have nothing against the idea of people being required to drive at the speed limit or getting fined if the exceed it. However, the idea that the introduction of mobile speed cameras in NSW is anything other than a revenue raising drive to fill holes in the budget is an attempt to pull the wool over the eyes of NSW motorists.

Call me a cynic, but whenever the camera is set up to photograph you first and then notify you that your speed has been recorded is not a behavioural modification exercise in encouraging people to slow down, but rather it is a blatant exercise in raising revenue. So, when the NSW Minister of Transport gets up and says, "(But) certainly we'd be happy if not a single dollar, not a single cent were raised from digital mobile speed cameras," then you know he is telling fibs. 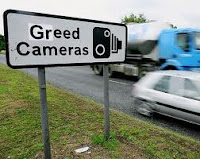 The reality is that the NSW government includes in its budget monies that it anticipates in collecting from speeding fines. To this end, the 2010/2011 budget papers estimate that there will be an increase of some AUD 137 million in fine revenue. The only real significant change in collection is the introduction of covert mobile speed cameras.

I suppose speed cameras are common things here in Europe.

Not only that, they collect toll money for the roads in inner city as well. At least I know Oslo and Stockholm do it, there's still huge controversy in Copenhagen.

The aim is good - to reduce the number of cars in the inner city, but they should have improved (and lower the price) of the public transportation first.

As I said, I am not against the principle of speed cameras or getting people to obey the law.

However, if it is a behavioural modification thing then it makes sense to whack up the signs to let people know that the cameras are operating before they are photographed...