Is Ariel A Victim in the Peterporn Scandal? 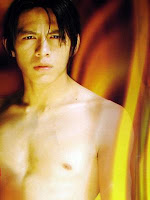 Is Ariel a victim in the Peterporn scandal? The current police theory of the case is that the videos were stolen off Ariel's laptop by a music editor that works for his band, Peterpan. The music editor has been identified only by his initials to date, RJ. Apparently, RJ is currently enjoying the hospitality of Indonesia's National Police Force as he is being interrogated in a police station somewhere in Bandung.

I wonder if the police have asked him yet whether or not it is true that there were 32 tapes or so of Ariel's sex-capades with various Indonesian starlets? I wonder if RJ has made provisions for the release of those tapes as well before he was arrested? 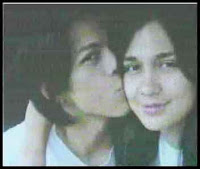 Yesterday, it was reported that Luna Maya had been arrested, then it is reported that she has been detained only for the purposes of conducting an interrogation. However, the police seem to be moving towards a case theory that says both Luna Maya and Cut Tari are going to be charged based on the belief that the videos clearly show that they knew they were being filmed. 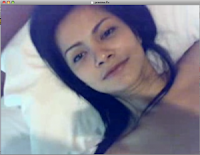 This raises some interesting legal questions. Hopefully, the respective lawyers of Nazriel "Ariel" Irham, Luna Maya, and Cut Tari will make them. The first question is, in a very narrow legal interpretation is it illegal to videotape yourself engaged in a consensual sex act in Indonesia? This question is narrow as it relates only to the videoing and the sex act. It does not relate to any subsequent dissemination to the general public through YouTube, LiveLeak, Rapid Share, Bit Torrent or any other site dedicated to the uploading and downloading of movies.

If it is illegal, then what specific provision are the police and prosecutors going to rely on?

If the thought is that the police and prosecutors are going to rely on Article 4 of the Pornography Law, then it would seem that the Elucidation to this law makes a specific exception for pron that is made by an individual of themselves and for their own purposes. There might be arguments made for internal inconsistency in the law because other articles such as Articles 8 and 9 of the same law which seemingly suggest that people cannot appear in pornographic material.

Nevertheless, it would seem that despite the broad nature of the provisions the intent of the law was not to get into the bedrooms and hotel rooms of individual Indonesian citizens and monitor what they were doing in their own time. Some might argue that this is not the intent, rather the intent was clearly to get into the individual bedrooms of all Indonesians and restrict any activity that the moral police construed as being naughty.

The point being, if Ariel made the film with the consent of his sexual partners, then has he broken the law? Furthermore, if Ariel had no intent to distribute the films or show them to anyone other than himself and the woman in each of those films, then has he committed an offence as defined by the Pornography Law? 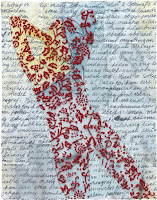 The Pornography Law has survived a Constitutional Court challenge. However, this has not seemingly ended the debate on the subject as there still appears to be considerable opposition to the law. Nevertheless, the opposition needs to be a little more organised and consistently vocal in its opposition if it is to be ultimately successful in overturning this legislation.

I have some personal views on this, but this post is rather to invite anyone interested in these issues to offer an opinion, and then have some constructive debate about that. I appreciate that my blog is not that popular in terms of people visiting and commenting on certain posts. However, I promise to respond to all comments.

If you want to get a copy of the law in Indonesian then go to http://www.hukumonline.com and go to the pusat data section. If you want a version in English then let me know (I only have a soft-copy of my own at the moment).
Posted by Rob Baiton at 18:34