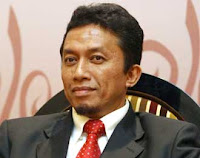 It is a real shame that this man's name is not Titaful instead of Tifatul. This is particularly so considering the Minister of Communication and Information's fascination with banning pornography in Indonesia. But, never mind Indonesians regularly shorten their names, so from now on Mr. Tifatul Sembiring has the moniker "Tits", which is fair enough as all the letters are in his name and appear in that order... 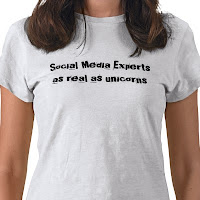 In any event, if Tits is thinking that he is going to be successful in protecting people from themselves then he is going to be in for a rude awakening. The blanket ban, which "massive" suggests will not work. The idea that it will presupposes that purveyors of pornography are stupid and technologically incapable of adapting. This is clearly not the case.

Maybe, this poster is something the good minister might want to consider when working out how successful this plan of his might be.

Happy fasting to you Tits!
Posted by Rob Baiton at 17:46