Kretek Cigarettes, the US, and the WTO...

The Indonesian kretek export sector is destined to take a big hit as the ban imposed on flavoured tobacco products by the US kicks in. The ban is going to significantly, and adversely, effect sales and foreign reserve income from the export of clove flavoured cigarettes between Indonesia and the US. 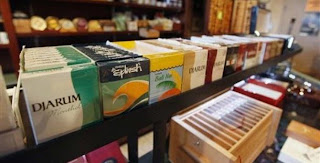 For the Government of Indonesia, the The Family Smoking Prevention and Tobacco Control Act of 2009 is going to see about USD 6.5 million in foreign reserves income dry up almost instantly. Therefore, the government has determined that the US Act is in breach of US obligations under WTO agreements and is seeking WTO assistance in resolving the dispute. The essence of the Indonesian claim is that the US is illegally discriminating against Indonesian products (kretek cigarettes). The legal issues will be interesting to watch as they unravel before the WTO Dispute Settlement body in Geneva.

I am not a smoker. I would be happy if smoking was banned on a global scale. That said, I do appreciate that some people may claim to be happy smokers and content with their addiction and any harm that it might be doing to them and those around them. I also appreciate that tobacco is big business and employs a lot of people. This is most definitely the case in Indonesia where labour is cheap and labour laws are not always enforced as they have been enacted (even with the creation of a labour court). The cold hard reality is that many Indonesian workers, and mostly women, will be likely to become redundant now that the US market for clove cigarettes is to all intents and purposes closed for business.

An unfortunate consequence of the enactment of this US Act is not that smoking companies will not be making any money, but rather that this will be used to downsize and make redundant workers who can least afford to become redundant. In the big scheme of things this legislation is going to have noticeable social and economic impacts in the small communities that roll these clove cigarettes for the US market.

I am not confident that the cigarette companies or the Indonesian government will be able to mitigate the hardships that some workers will be forced to endure as a result. With a little bit of help to re-train and re-skill  many of these soon to be redundant workers could remain valuable contributors to a brighter economic future for Indonesia.
Posted by Rob Baiton at 21:31