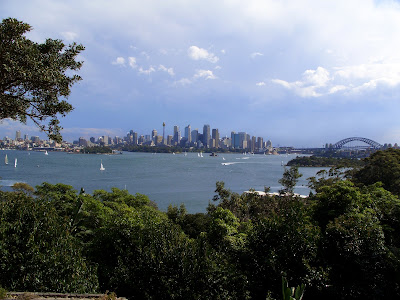 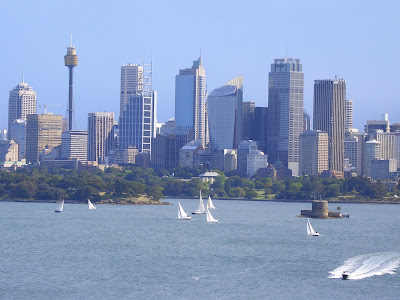 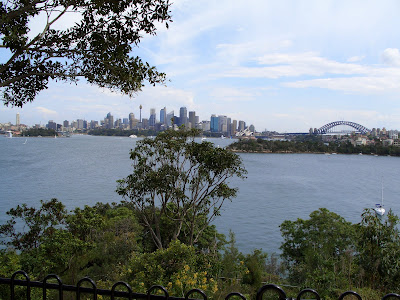 Are you starting to think like an Australian again?? Now dont tell me you always did??

Nice day here in Jakarta too.

Not sure what you are saying ;)

Spring is certainly a pleasant time in some parts of Australia. Sydney is one of those. Photos are taken from a vantage point at Taronga Zoological Park.

I was having a conversation with myself that I decided to include you in............ I thought the photo might mean that you are becoming re-incorporated into NSW scene. I am one who believes that a person's perspectives (perhaps not beliefs) change when one spends a fair amount of time in a foreign land. I bore in mind what I read in the Tree blog - you'd been here since 1993 I think?

Do you also think that one ineveitably indulges in the social mores and customs - things that would be absurd if you did them out of the adopted culture. But you still do them, even knowing this absurdity.....

Thanks for including me.

Like what? Putting your hand to your heart after shaking hands?

or even after shaking, making a sort of shake in the air with that hand that would seem to western eyes to be flicking the shake off (like kids do when grandma kisses too wettly)

I never really think about it in that sense. Although, I recently had a debate about eye contact and the need to make it in an interview.

The debate was in the context of honesty. Can someone who chooses not to look you in the eye be honest?

I would say yes. But the issue/problem has always been, I think, if someone "looks you in the eye" and is in fact lying.

I have noted that Indonesians know when another Indonesian is lying (by their body language, but often falsely transfer that knowledge to westerners and get it wrong. In such cases it is hard to not be convicted!!

We are now way off topic with respect to Sydney Harbour :D

Yes, I teach (or at least I used to) these things as part of a cross-cultural component to my advocacy classes.

I am guessing the two exclamation marks mean that you have a case in mind? I don't know that I will be going there if it is the case I am thinking about...