Stoning for Adultery -- Aceh Stepping Back In Time... 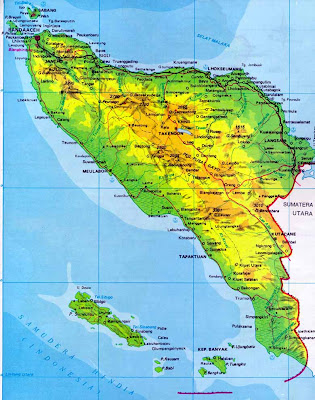 This is one of those moments where you shake your head, and fear for the future of Indonesia, all the while thinking, why? I have been thinking about writing this post for a while, but have held off to see whether the Aceh Regional House of Representatives (DPRA) would push this piece of legislation through before the term of the current legislature ends. I am not surprised that it passed, but it does pose some interesting issues going forward. I am also writing this post now because I have a copy of the Qanun and have taken the time to read it.

The DPRA passed the Qanun (Regional Regulation) on Jinayat (Crimes). Regional autonomy provides that regions can have more control over the regulation of their own affairs, and this includes the passage of regulations. In Aceh, this includes specific provisions that recognize the predominantly Muslim nature of Aceh. So, the drafting, enactment, and implementation of Syariah based regulations was not only contemplated but expected in the case of Aceh.

The Qanun is a perfection of a number of other previously issued Qanun (Nos. 12, 13, and 14 of 2003) and relies on Law No. 44 of 1999 on the Administration of the Special Province of Aceh and Law No. 11 of 2006 on the Governance of Aceh to provide the legal foundation for the drafting, enactment, and implementation of Syariah law in Aceh.

Interestingly, in the"In View Of ..." section of the Qanun, which generally lists the laws in hierarchical form, the Al-Quran (Koran) and the Al-Hadits (Hadiths) appear before the 1945 Constitution of the Republic of Indonesia and all subsequent legislation. This is interesting because it suggests that "God's Law" is superior to all "man-made law" (for want of a gender neutral term).

Stoning is not a punishment recognized in Indonesian law. In fact, it would not be too difficult to make an argument for stoning to be a cruel and unusual punishment that is also in every sense inhuman and degrading. And, consequently, clearly contrary to several constitutional rights guaranteed to all Indonesian citizens, particularly Article 28(I).

Yet, it is worth noting that caning is also not a punishment recognized in Indonesian law, but remains on the statute books in Aceh. So, it remains to be seen who will make a constitutional challenge to the stoning provision (at the moment there seems to be plenty of punters willing to step up and take the challenge).

My view is that it might not even have to go to the Constitutional Court. It is possible that this Qanun breaches the requirements of legislation higher in the hierarchy of laws. It would also seemingly breach a number of international obligations that Indonesia has signed on to. This would conceivably allow the Minister of Home Affairs to question the validity of the Qanun and any subsequent implementation, and ultimately this process would lead to the Qanun being declared unconstitutional.

The House of Representatives (Dewan Perwakilan Rakyat / DPR) could also be more proactive in seeking to overturn this legislation as it would clearly suggest that a Qanun such as this one leads to a two-tiered justice system that discriminates against the followers of a certain faith.

Stoning is the sentence for those that knowingly commit adultery. However, this only applies to those who are married and knowingly commit this offense. For those that are unmarried, the punishment is up to 100 lashings with a cane. One of the accepted forms of evidence of adultery is a sworn oath that requires the oath maker to acknowledge that if they lie they will be damned in both this life and the afterlife. I am guessing this is meant to dissuade the aggrieved party from telling fibs. If you are a Muslim and not particularly devout then this might not be a consideration for you.

Funnily enough, not that there is anything funny about this Qanun, a woman who is pregnant outside of wedlock cannot be accused of adultery without sufficient evidence of her crime. Now, I would have thought aside from the immaculate conception that the chances of a woman outside of wedlock being pregnant would be pretty remote. I am obviously excluding cases where the woman has been raped from this scenario.

The other interesting aspect of this Qanun is that it provides for criminal fines to be paid in grams of pure gold. For example, if you get caught in the act of Liwath or Musahaqah, then the penalty is 100 lashes of the cane and a fine of 1000 grams of pure gold or 100 months in jail. It is a bit of a decision as to whether you want to part with the 1000 grams of gold or do the 100 months.

The defense of the provisions are that they reflect what is contained in the Koran and the Hadiths, and thus are essentially the words of God and agreed recollections of the sayings of the Prophet. Simply, they cannot be changed or amended. In many senses, this is a step back in time to the time of 7th Century Saudi Arabia and one has to wonder what the relevance of those times are to 21st Century Aceh and more generally, Indonesia.

Hopefully, the incoming DPRA will see the error of the ways of the current DPRA and repeal this Qanun of their own accord.
Posted by Rob Baiton at 22:22

A crazy law indeed, however I guess I can answer why the Qanun states that a woman who is pregnant outside of wedlock cannot be accused of adultery without sufficient evidence of her crime.

Under the Islamic law (the most widely accepted opinion among classic Islamic law scholars), and I'm guessing that this is also incorporated in the Qanun since I haven't seen it, a person can only be sentenced for conducting Adultery if there are at least 4 male witnesses who actually see the said person conducting such adultery, i.e. a penis is being inserted into a vagina. If someone accuses a person for performing adultery and then he doesn't have sufficient evidence then he will be punished by caning (though I forget the minimum number of such caning).

There is a famous case in Umar bin Khatab era where 4 person are being testified for an adultery cases. Three have confirmed that they directly see the man inserted his penis into his companion vagina. However, the last person say that he only see the woman sat on the lap of the man. Due to this fact, the couple were freed from any accusation and the three person who testify against the couple were being caned.

In fact, the only known case where someone is actually being punished by stoning because of adultery in the Prophet's era is a case where a pregnant woman comes to the prophet and ask him to punish her for performing adultery. The Prophet has clearly stated several times that the element of the evidence is not sufficient and that she should just go in peace. But the woman, having a really strong faith, insisted to be penalized. She came back after giving birth to the baby, and still the Prophet ask her to go and take care of her infant. Interestingly, this persistent woman came back two years after giving birth saying that she has taken care her child and are now ready for the stoning. In the end, she got what she want after trying so many times.

Quite a long story eh, but the fact is clear, it is so hard to have four witnesses to actually seeing a couple clearly doing sex. The fact that a man and a woman are in a same room cannot be used for accusing them with adultery. An as discussed above even an unwed pregnant woman cannot be accused with adultery, as there is already a hadith in that case.

But you know people nowadays. Hard to find honest people, so there is always a moral hazard here where people will accuse other people for doing adultery. I hope that the Qanun incorporates the basic evidence rule, to ensure that while the law is crazy, it is almost impossible to enforce it.

I understand the witness issues.

However, you might want to read the Qanun. It makes for interesting reading.

If you want a copy I can email you one. I have a soft copy of the Qanun as it was passed by the DPRA.

There is an incomplete version on the Wahid Institute site (if you do not want to fess up an email address).

Alternatively, you can drop me a line at rob[dot]baiton[at]gmail[dot]com and I will reply with a copy of the Qanun.

If you have the Qanun, would appreciate it if you could sent it to my email: jktpao@bakernet.com.

Aha, my guess is correct, although it is not clearly stated there, but there is a Qadzaf crime in this law, i.e. accusing someone for doing adultery without bringing 4 witnesses to support the accusation.

It also incorporates the Li'an method, i.e. the sworn oath thingy. Might be a good way to escape the punishment, provided that you're not a devout Moslem, hahaha.

Anyway, thanks for the Qanun, I'll look at it and maybe can write something about it.

Ah forget to inform this, though maybe you have already know about this. Our Religious Court Law has already accommodated the Li'an mechanism when a couple want to divorce due to adultery. As a result of this the ex-husband and ex-wife are prohibited to remarry with the same person for their entire life.

Sort of aware. Now, this is where both the husband and wife swear an oath, right? Which means that the oaths cancel each other out but the court grants the divorce petition?

Yes, back in the old times, if the husband/wife has already accused his/her spouse by using the oath and the spouse does not perform the oath, then the spouse shall be automatically deemed as having conducted an adultery.

Of course, that wouldn't happen in practice. Logically, rather than being stoned to death, the accused spouse shall also perform the oath and therefore both of them shall be released from any earthly penalty as they bring their case to God directly and only God who will judge this case.

Now since no one knows the truth except of the couple, the court will grant the divorce for a simple reason, the husband and wife are no longer trusting each other anymore (by accusing his/her own spouse with adultery). I think it's quite logic. You can find this rule in the Koran and various Hadith.

Li'an itself is used when the husband/wife does not have any evidence that his/her spouse is cheating. As you know, if someone accuse a person for conducting adultery and fail to proof it, the accusing person shall be sentenced by caning. So if a husband/wife finds his/her spouse is cheating and does not have any evidence, the only way for him/her to be released from any liability for accusing without evidence and the fastest way to be released from his/her marriage is using this Li'an.

So I was kind of close :D